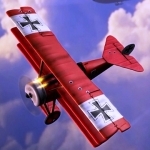 One of the best war games and get ready for combat on your PC or on your Mobile! Enter the cockpit of your warplane and get ready to take off: your mission is about to begin. Take to the skies and fight in epic air battles of World War II! How many enemies can you shoot down? Air Fight is a terrific game which you can play for free in in friv22.com. With Air Fight game, we supply many cool Friv 22 games to play at no cost.